Raw Chocolate and Why Should You Be Eating It?

Posted on December 11, 2016 by Mike James in Nutrition Facts

It’s estimated that in the UK, each of us eats around 10kg of chocolate every year. That’s more than any other country in Europe. Britain, it seems, is a country of chocoholics. But if you’ve ever taken the time to look at what is actually contained in a normal chocolate bar, you might be surprised to find that ingredients like milk, sugar and vegetable fats actually make up far more of the bar than cocoa itself.

Some manufacturers and consumers think this is wrong and a new craze has arisen – that of raw chocolate. But what is raw chocolate? And is it something that we should be eating? Here are the facts.

What makes it ‘raw’?

Raw chocolate is completely different from the majority of commercially-produced chocolate in that the cocoa beans are not roasted. Raw chocolate is made entirely from powder and butter from cacao beans that have been naturally dried and cold pressed, rather than having been traditionally roasted. It’s generally accepted that for chocolate to be ‘raw’, the beans should never have been at temperatures of more than 42C (107F).

Also, there is no specific rule that raw chocolate cannot use additional ingredients – indeed almost any raw chocolate will have some form of sugar or sweetening agent. Some companies use coconut sugar or other alternatives.

Is raw chocolate good for you?

It’s claimed that raw chocolate is far better for you than normal chocolate, as roasting the beans usually depletes or destroys the mineral and vitamin content – with raw chocolate you are getting all the benefits of the beans in their natural state.

Raw chocolate is a rich source of a huge range of minerals including magnesium, calcium, sulfur, zinc, potassium, and copper. There’s also a number of B vitamins as well as protein and fiber that you’ll get from raw chocolate.

It is claimed by some nutritionists that the consumption of raw chocolate can be beneficial for a range of medical issues. They claim it can:

How can you put more raw chocolate into your diet?

If you’re interested in getting some raw chocolate into your diet, there are plenty of different ways to do that. The most obvious way is to swap out the commercially-produced chocolate you currently have as treat with raw chocolate bars. But if you would like a more regular hit of the vitamins and minerals, you could try some options including adding raw chocolate nibs to your porridge or yogurt, or blending the powder into smoothies. You could even make a chocolate milkshake by mixing the powder with dairy or nut milk.

Are there any concerns?

It’s not all good news for raw chocolate, however, as some doctors and scientists have raised concerns. It has been suggested, for example, that there has been very little research done into the quality of the vitamin and mineral content in raw chocolate. So while many people are referring to raw chocolate as a ‘super-food’, there hasn’t really been any research conducted to confirm this.

It has also been suggested that raw beans are more likely to carry bacteria that would usually be destroyed in the roasting process. Some experts have even suggested that raw chocolate could potentially be at risk of carrying salmonella. Again, this is something that there has not been enough research into to allow us to understand whether these dangers are worth worrying about. 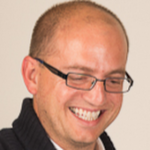 Mike James is an experienced, independent writer and aspiring foodie - working with UK based experience day and cooking lesson specialist Into the Blue on this and a series of other healthy living articles.