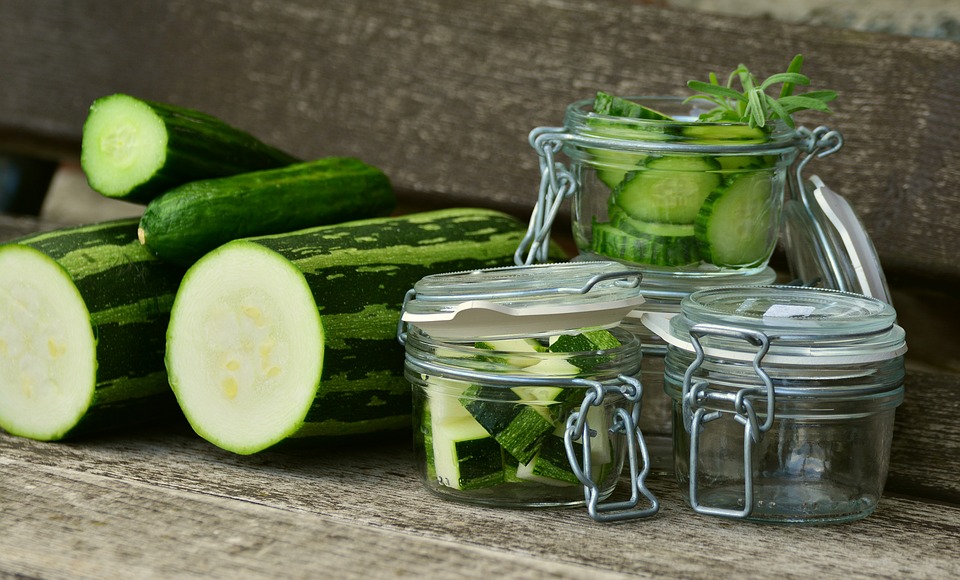 Zucchinis and cucumbers look the same, feel similar, and can often confuse someone who’s just starting their culinary journey. However, knowing when to use zucchini vs. cucumber will help you to prepare your meals properly. Despite the difference in name, even the most seasoned of cooks can sometimes struggle to differentiate between zucchinis and cucumbers in meals.

Physically, both vegetables look virtually identical— both are dark green and cylindrical once fully grown. However, it’s a bit difficult to tell the taste apart as well. Many recipes that call for cucumbers recommend using zucchini as a viable substitute, and vice versa. So if they look the same, and generally taste the same, what’s the real difference between a zucchini vs. cucumber?

We will settle the zucchini vs. cucumber debate, figure out which vegetable is right for which meal, and provide a biological breakdown of each plant.

Before we get into the differences between these two vegetables, it’s important to acknowledge that both the cucumber and the zucchini tend to hold a tumultuous position as a vegetable versus a fruit.

By technicality, the cucumber is a gourd, and the zucchini is summer squash. Both plants are a member of the Cucurbitaceae family of gourds, squashes, and pumpkins.

We’ll also get more into the physical contrasts between the two plants later, but both the cucumber and the zucchini grow as fruits—meaning they carry the seeds of the plant that stem from the flower.

Cucumbers and zucchinis are widely regarded as vegetables in the culinary world. Although each plant is a fruit by definition, they are referred to as vegetables for their usage and versatility in the kitchen. For that reason, we’ll be referring to both plants as vegetables moving forward.

Upon first glance, there is no discernible difference between the cucumber and the zucchini. However,  a closer look reveals that there’s more to these veggies than a dark green complexion and a basic shape. In regards to the form of the vegetable, the cucumber is far more likely to be a straight cylinder than the zucchini.

Zucchinis, as we know them today, are harvested, immature summer squash, and thus are more likely to be misshapen or bulbous at one end. Aside from this, zucchinis tend to hold a more crescent shape than a cucumber, which hails from the gourd subfamily.

Cucumbers are also more likely to be rough on the outside than their zucchini cousins.

Depending upon the age of the cucumber when harvested, you may notice several small aberrations or bumps along the surface of the vegetable. These are usually referred to as prickles and pose no threat to humans when consumed. Aside from the discomfort of eating them, these spiny edges are just natural defense mechanisms.

Another element of the cucumber’s natural defense includes a cold and waxy skin. Cucumbers —especially those without aberrations— tend to be more slippery as well. On the other hand, zucchinis, much like other summer squash, tends to lack both of these traits. They have tougher skin that helps protect them from outside elements and do not need prickles.

You’ll find that holding a zucchini is a lot easier experience than holding a cucumber because the skin remains soft and dry to the touch. When it comes to size, zucchinis can grow several times larger than cucumbers since they are harvested far before their maturation as a plant.

Finally, we have the issue of the interior physicality of each plant.

Cucumbers are juicier in a sense—surrounding their seedlings with a cool and watery internal flesh.  However, zucchinis are whiter in color, and their flatter seeds result in a more resolute interior shape.

Zucchini vs. Cucumber: A Difference in Taste

Of course, no clear discussion on the zucchini vs. cucumber debate would be complete without discussing the difference in taste between the two vegetables. While we mentioned that several recipes allow for substitutions, the difference in their taste makes it a bit of a problem. The taste of cucumber is cool, crunchy, and wet.

Therefore, they are often chosen for salads and similar cold meals for that reason— most recipes call for cucumbers to be eaten raw. Cooking cucumbers won’t change much about the flavor of the flesh inside and often removes much of the crunchy texture many people enjoy.

However, zucchinis are the opposite in this regard. Their white flesh and flat seeds give zucchini its sweet and pungent taste. Its sweetness is enhanced with heat, and that’s why you will often find that zucchini is served with hot meals, soups, and even roasts.

Discoloration also occurs when grilling or frying zucchini and results in a brownish tint on the plant. Zucchini is safe to eat raw, but it works best when highlighting a more succulent, warm meal.

When it comes to nutrition, the size, maturity, and health of the plant are vital factors in determining the number of nutrients and minerals obtained from cucumber or zucchini. The United States Food & Drug Administration provides more facts based on averages.

Cucumbers, especially when compared to similar vegetables, are often great sources of calcium.

Cucumbers are calorically light and most cucumbers only contain 30 calories. When pickled, they retain most of their nutrients and are more likely to be consumed raw in that form.

Zucchinis tend to do better nutritionally when compared to the cucumber.

Zucchinis contain both vitamins C and B6 which can work to improve eyesight, immune system function, and increase the rate of metabolism. On the other hand, cucumbers contain a smaller quantity of vitamin C and B6, but both vegetables are high in potassium, vitamin K, and folate. Women who are pregnant or may become pregnant

try to intake more folate, which makes both zucchini and cucumber a popular choice for diets.

Generally, you can increase the vitamins and minerals in your diet by introducing either cucumber or zucchini into your food. The added versatility of both vegetables can also aid in the variation of meals.

Cucumber salads or the occasional pickle helps you increase your vegetable intake, while meals like scampi and salmon plates taste better with zucchini on the side.

The important thing is to implement both vegetables rather than choosing one or the other. However, if you are pregnant or need specific nutrients, then you may want to lean one way or the other.

For anyone looking to grow cucumber or zucchini at home, there are several differences in the makeup of both plants that are worth considering.

Cucumbers grow on vines and often needs continuous aid to ensure proper growth and cultivation primarily because they are gourds. In order to keep your cucumber vine off the ground and away from insects and wildlife, it’s often recommended that a trellis is used to help the plant grow upwards.

Zucchinis grow as small bushes, much like other squash and pumpkins. Aside from making sure you harvest at the right time, upkeep on a zucchini plant requires less maintenance than a cucumber plant.

No matter which veggies you choose to grow, there is no clear winner or loser in the zucchini vs. cucumber debate. Both offer variety and can bring out the taste in different meals.

Choosing which plant to implement into your meals will ultimately come down to your personal preferences. Those who like colder dishes, pickles, and salads will grow to enjoy cucumber far more than zucchini.

On the contrary, people who like seafood and wish to grow a simpler plant in the garden, or those who prefer a sweeter taste in their vegetables, zucchinis are a healthy and versatile option.

Now that you know a little more about cucumbers and zucchinis, it’s time to whip them up in the kitchen. They both make yummy dishes that give your palate a unique sensation. Just because each veggie has green skin, doesn’t mean they’ll taste the same. Check out these mouthwatering recipes:

Cook the pasta until tender and set aside. Next, mix the dill, mayo, salt and pepper, garlic powder, vinegar, and mustard into a bowl. Stir well.

In a large bowl, add the pasta with the dressing, onion, and cucumber together.  Blend it to make sure everything is coated.

Pour the water into a plan. In a separate bowl, mix all the other ingredients together. Dip the spring roll wrappers into the water until they’re flexible.

Add a couple of spoon fulls on the rice and veggie mixture into the wrapper. Lastly, put two to three basil and cilantro leaves on top and wrap the rolls.

Cut the ends off of the cucumber and attach it to your spiralizer and twirl the noodles into a bowl. Add in the chickpeas, onions, tomatoes, parsley, and olives.

In a separate bowl, whisk together the lemon and olive juice, mustard, tahini, and salt and pepper. Pour it over the vegetables and mix well.

Preheat your oven to 350 degrees. Stir the tomato puree, garlic, green onions, parsley, lemon juice, vinegar, oil, and spices into a bowl. Next, add the slices of cucumber into the sauce and mix until the veggies are coated red.

Put the mixture into a baking pan and bake for 45 minutes.

In a food processor, combine the chickpeas, rolled oats, and garlic cloves together. Pulse for 10 seconds or until the ingredients are finely chopped. Transfer the mixture into a separate bowl and add in the lemon juice, yeast, herbs, and zucchini. Blend well.

Preheat the oven to 375 degrees and line a baking pan with parchment paper. Spoon out a  large tablespoon of zucchini mix and roll it into 12 balls. Put them on a baking sheet and bake for 25 minutes.

When the zucchini meatballs are golden brown, add them on top of pasta and marinara sauce.

Final Thoughts On Zucchini vs. Cucumber

The difference between a good meal and a great one is knowing how to make flavors come alive. As you can see from the recipes above, vegetables make tasty meals that aren’t bland and boring. Hopefully, the next time you eat either a cucumber or zucchini, you’ll know the difference. The good news is, both of them are tasty and a nice treat for veggie lovers.

Choose the vegetable that will best match your meal or dietary needs. Then learn when to cook and when to serve raw, and start cooking with confidence. Regardless of which plant you’ve chosen. 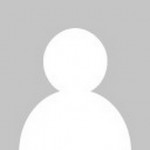