Fun fact: it turns turns out there’s some debate about whether the fruit in the Garden of Eden was an apple. Some suggest it was a pomegranate, and I’m tempted to side with them. I probably wouldn’t risk paradise for an apple. But for a pomegranate?

This fruit smoothie probably won’t get you evicted, but it might make you feel a bit closer to the divine. Super simple and elegant, we’ve got the dark sweetness of pomegranate with the zest of citrus and that unique aroma of coconut. The pomegranate smoothie is a great mid-afternoon refresher!

A helpful tip to makes things easier is to submerge the fruit into a bowl of cool water as you remove the seeds. This way the rind tends to float to the top, where you can easily skim it off, while the seeds sink to the bottom. 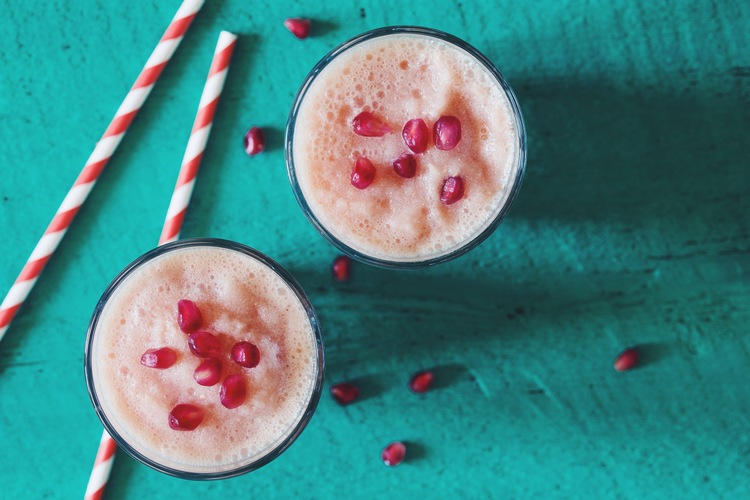 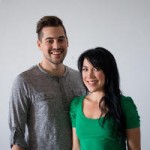 Lauren and John are hot for food… as long as it's vegan! Together they’re cooking up vegan love and bringing the increasingly popular lifestyle to food fans across the globe via their blog, Hot For Food.