Posted on May 23, 2018 by Jennifer Branett in Article, How To, Uncategorized

If you have a desire to grow plants and herbs in your garden, home, or any other belonging then the foremost thing that comes to our mind is which method should be preferred? Basically, the person that grows plants in the soil not only requires the regular and expensive expenses but the same may spread dirt and filth in your house. However, no need to be worried now as the deep water culture system is recently adopted by thousands of people as it has been proven to be one of the most effective ways to grow plants without the requirement of soil. 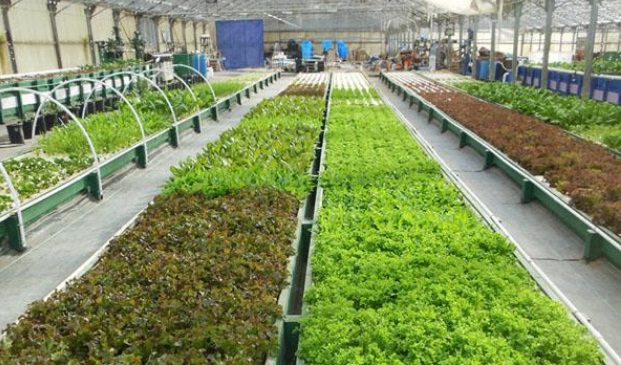 It is based on the hydroponic system in which the roots of the plants get dangled in the water. The name of this system has been derived from the fact that the water solution enriched with oxygen and other valuable nutrients keep on recirculating rather than getting stable. Now the question arises how to build a recirculating deep water culture system? If you desire to ascertain the facts and merits of the deep water culture system over the natural growing system and the steps to build up the same then read the entire guide

The reservoir plays a vital role in the development of marijuana using the deep water culture system. The grower is required to get a container in which the nutrient and water solution is added. The plant is placed in the container in such a way that its entire roots get immerse in the solution. If you are growing cannabis plant then the volume of the reservoir should be of no less than 15 litres. Moreover, the key benefit you can avail from the reservoir is that the practitioner can grow more than one type of plant in the same.

However, if you are a beginner then it is advisable to prefer opting for the single reservoir and grow a single type of cannabis as the large-scale system requires extra efforts and time to be set up and process the plants. Apart from this, it is essential to make sure that your roots in the container are not entitled to sunlight. In order to prevent the regular sunlight to your cannabis, it is recommended to get a black coloured thick reservoir system.

Step 2 – pots for the cannabis growth

Finding the right pots for the marijuana growing in a deep water culture system is a major question these days. Usually, it is advisable to utilize the net pots as they are specially created for the plant’s growth but due to the lack of availability of the same in diverse corners of the world, people try out outdoor or homemade pots and other baskets. However, the major problem that people face while creating their own pot is that the holes of the same may be left too small or sharp that can further ruin the roots of the plant.

The major drawback of preferring the deep water culture system is that you are necessitated to grow it at a temperature of no more than 17 to 20 degrees. This is one of the key reasons why this hydroponic system is prevented in the outdoors like garden areas. However, if you are growing the plants at home then the same method is quite preferable. Though you are not necessitated to get the new kind of nutrients for the plant, it is essential to always examine and maintain the pH level of your solution. Generally, the ideal pH level is said to be 5, 8.

The reservoir mainly requires draining out the entire water every after one or two weeks for its proper maintenance still if the grower can check the ppm/EC values on a regular basis then he doesn’t require draining the complete reservoir. Though the amount of nutrients that the plant needs are almost equivalent to that of the level of water they are dissolved in, the conditions are different in some cases i.e., the plant requires more water than the nutrients.

Once you have set up the plants in the reservoir, the next step is to arrange an air pump for the same. This is because the deep water culture system won’t work if the plants would not get adequate oxygen instead the crops will die in such a state. Generally, it is really hard to get the most suitable air pump that can circulate the flow of oxygen appropriately in the reservoir. However, most of the people believe that the pump should have the capacity to circulate the oxygen twice to that of the volume of the tank. For instance, if the reservoir is of 20 liters then the air pump should circulate the water at a rate of 40 liters per hour.

Though deep water culture is often considered as the best hydroponic growing system, the same may require proper care and maintenance.  Still, if you compare it with the soil growth then you will observe that this system diminishes the additional efforts of providing the nutrients and water to the plant after every few hours.