Posted on May 21, 2015 by Janice Friedman in Nutrition Facts

Many common chronic illnesses are caused by excessive inflammation, so it’s something we should all know about. Conditions ranging from asthma to arthritis to allergies and even some heart problems are related to inflammation. Luckily, there are powerful whole-food remedies for inflammation, and odds are you already have some of these effective medicines in your kitchen. Research shows that some of these remedies actually perform comparably with pharmaceutical medications, without the nasty side-effects.

But before we get ahead of ourselves, let’s step back, and take a look at exactly what we’re talking about when we say inflammation and anti-inflammatory. Like lots of things having to do with our health, it turns out that inflammation isn’t really a bad thing in itself, but a natural part of our body’s recovery system that can sometimes go awry. So how does something that is supposed to heal us end up hurting us?

But even perfectly healthy people (of which I’m told there are none) experience inflammation from time to time. That redness and swelling that accompanies cuts and infections? That’s inflammation.

In these cases, inflammation is actually sort of a good thing. It might not be pretty, but all that redness and swelling is the work of your white blood cells trying their hardest to make sure that whatever is happening in the affected area doesn’t spread. This is super important, because it is these tireless cellular defenders which prevent a minor infection from becoming a life-threatening crisis.

In the process of trying to eliminate any unwanted pathogenic bacteria, our white blood cells exude a cocktail of substances to help clear out damaged cells, destroy invaders, and begin the healing process. All that redness and swelling is a side-effect of this damage-control.

Like fighting fire with fire, inflammation is a tricky balance for the immune system. Too little inflammation and an infection could spread and maybe kill the organism (you). But on the other hand, if the immune system overreacts, the inflammatory process can begin damaging healthy tissue. This is essentially what’s going on in all sorts of autoimmune disorders, like hay fever, arthritis and even some cancers.

Inflammation is a pretty complicated process, involving a bunch of different cellular actors. On a genetic level, this means there’s a lot of different proteins involved in pulling off this nifty feat of evolution. The problem is that, because so many different proteins are involved, slight mutations in a wide variety of different genes can result in genetic autoimmune disorders. Which is why so many of us end up with allergies, asthma, and other diseases like those listed above. So what are we to do?

But we live in an exciting time. Nowadays, not only do we have access to the amazing medical knowledge that has been produced over the past two centuries, but we’re also coming to understand a lot more of the science behind traditional medicines. As it turns out, researches have been finding that several foods which have been medicinally valued for centuries demonstrate some pretty impressive anti-inflammatory power of their own.

Anti-inflammatory compounds work in different ways, but in simple terms it seems that what they are doing is inhibiting the messengers that trigger inflammation. NSAIDs, in particular, inhibit the enzyme cycloxygenase, which is also how aspirin and ibuprofen work.

Some of the best anti-inflammatory foods, it turns out, do exactly the same thing. In fact, some of these natural medicines can be as effective as the NSAIDs and other medications of the technological age. As an added bonus, they’re also awesome in curries. 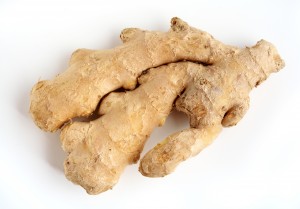 Ginger is maybe the single greatest of the natural anti-inflammatory medicines. Of course, it gets even better if you combine it with some of the other’s we’ll talk about later (spoiler: chocolate!!), but ginger deserves special mention.

Ginger has long been regarded as a highly medicinal food. It’s a central character in Chinese medicine, and has long been adored for it’s calming effects on the digestive system. Since researchers have begun turning the instruments of modern science towards this remarkable rhizome, much of this ancient wisdom has been validated.

Not only is ginger maybe one of the tastiest things on earth, science has now shown that it is an highly effective anti-oxidant and anti-inflammatory. When given to people suffering osteoarthritis or rheumatoid arthritis, ginger extract was found to be as effective as pharmaceutical NSAIDs. Most arthritis patients given ginger as medicine report feeling less pain and swelling.

So ginger is pretty good. Did you know that everyone’s favorite yellow spice is in the ginger family? Well, that brilliant yellow color of turmeric is the responsibility of curcumin, one of the principal compounds of turmeric. In addition to being very colorful, curcumin is — you guessed it — a powerful anti-inflammatory.

Like ginger, trials have shown that many patients find turmeric supplements to be as effective at alleviating their arthritis symptoms as NSAIDs. Turmeric seems to be particularly helpful for people suffering from asthma, as it is extra good at inhibiting leukotrines, the inflammatory compounds primarily responsible for asthma and certain allergic reactions.

Turmeric is a great spice with a characteristic and yet fairly subtle taste. Like ginger, I find myself putting it in all sorts of things. But there are other ways of getting the benefits of this natural medicine. If you have eczema or similar autoimmune skin irritations, you can actually apply turmeric to directly to the affected area. You simply mix some turmeric with a bit of water, and apply it to the itchy spot (some people suggest mixing in honey too, if you don’t mind being sticky). The only negative side-effect is it will make you a little bit orange for a bit. But hey, it’s better than a spray-on tan. 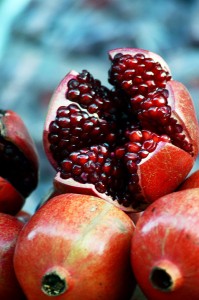 Just when you thought the real fruit from the tree of knowledge couldn’t get any better, it does. This mighty Mediterranean fruit is not only full of wonderful vitamins, minerals, and super-duper flavor, it’s also been shown to have significant anti-inflammatory effects.

Pomegranate seems to be particularly beneficial in fighting inflammation of the gut. Like ginger and NSAIDs, pomegranate is able to inhibit the inflammatory enzyme cycloxygenase. But that’s not all these tasty little fruit pods bring to the table.

In addition to the anti-inflammatory benefits, pomegranate has been shown to have a probiotic effect on the gut microbes. Adding weight to the old adage that food is the best medicine, it turns out that pomegranate supports beneficial bacteria in the gut while at the same damaging the harmful ones.

Unlike other anti-inflammatory medicines, the only downside the eating pomegranates is that you might run out of pomegranates. There is no wrong way to eat pomegranates, but they are particularly good in salads. 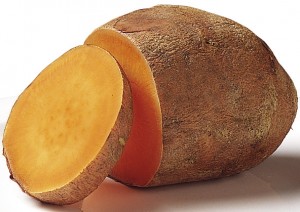 The lovely sweet potato is another tasty vegetable that boasts the ability to inhibit inflammatory cyclooxygenase and other inflammatory compounds.

Sweet potatoes have also been shown to reduce the risk of gastrointestinal cancer. Interestingly, the same study found that a history of use of NSAIDs was also correlated to a reduced risk of developing stomach cancer. Amazing how things are linked!

Now if only you had an amazingly delicious sweet potato recipe to try… Oh, here’s one. 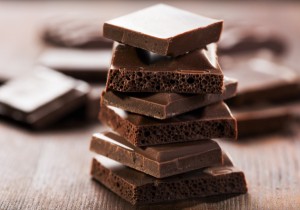 Chocolate! If you’ve been struggling to come up with yet another reason to enjoy chocolate, you might be pleased to know that everybody’s favorite seed pod seems to have anti-inflammatory powers, too. That, of course, is in addition to its stimulating, vascodilating, antioxidant, and euphoric qualities.

It really is too bad that all those artificial chocolate impostors lining the supermarket shelves have ruined the reputation of this marvelous food. Cacao has been used as a medicinal food for over two thousand years. The magic lies in cacao’s flavonoids, which are thought to be the source both of its antioxidant and its anti-inflammatory properties. Flavonoids are found in lots of fruits and vegetables, but cacao is especially rich in these super healthful compounds.

Chocolate is also good for your heart. So share some with someone you love. 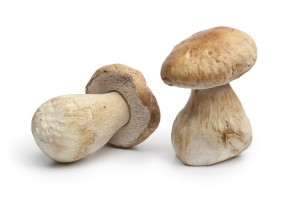 For some reason, most people don’t think of mushrooms when we think about super nutritious foods. But actually, mushrooms contain all sorts of useful vitamins and minerals. But in addition to these nutrients, mushrooms also contain bioactive compounds. These bioactive compounds, which include flavonoids, phytoestrogen, and other phenolic compounds, are at the forefront of dietary research.

It is bioactive compounds which often seem to give foods their anti-inflammatory properties, as well as other extranutritional benefits such as being antioxidant.

Luckily, there’s all sorts of ways to enjoy raw mushrooms. 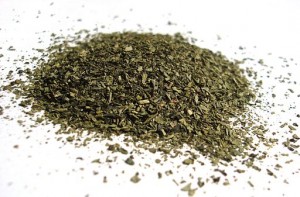 Camellia sinensis is the plant behind white, green and black tea. Tea is the world’s second most popular beverage, and has been consumed for over 4000 years. And, unsurprisingly, it turns out that tea has all sorts of health benefits.

Green tea and black tea have both been shown to have anti-inflammatory properties, with green tea possibly getting the edge over the more processed black tea. Both black and green tea contain lots of flavonoids (the same kind of awesome compounds found in cacao), but they differ slightly in their composition. Green tea seems to contain more simple flavonoids than black tea, which is probably why it scores slightly higher in the anti-inflammatory department.

Some raw foodists don’t want to drink tea, both because it is typically boiled and because it often has gone through dubious production process. However, there are ways to enjoy this wonderful plant without breaking raw rules.

First, buy organic teas (and, if you can, fairly traded teas). If you’re concerned about the processing, you can stick to green teas or even white teas, which are the least processed. Tea doesn’t have to be boiled to be enjoyed, either.

You can either heat your water up, but keep it below boiling (you can also keep it below 110 degrees Fahrenheit if you want to be particularly careful). Or, you can  make Sun Tea, which involves leaving your cup of tea outside in the sun for several hours to be warmed naturally.

“Curcuma longa roots” by Simon A. Eugster – Own work. Licensed under CC BY-SA 3.0 via Wikimedia Commons

“Leaves of Green Tea” by Editor at Large – Own work. Licensed under CC BY-SA 2.5 via Wikimedia Commons